0610 Caught the Pasco-Kansas City... very long at 8147 feet. 3 big units and uner 6000 tons. Solo Bozeman pass. I jumped onto a temp so that I could watch the World Series. First time I saw every game.

Had the Roadmaster with us and then was banner tested by the Roadforeman. Last test ever for me he says!.

Drove around the Convoy new car depot in Laurel to see if my new car was in. I must have missed it because when I drove by the dealer it had just unloaded off the truck. I remembered I bought my first Honda (used) on Halloween. It was a 1984 Civic S. Not an Si... the Si didn't come out 'til '86. Last car I'll ever buy... right Kelly!? 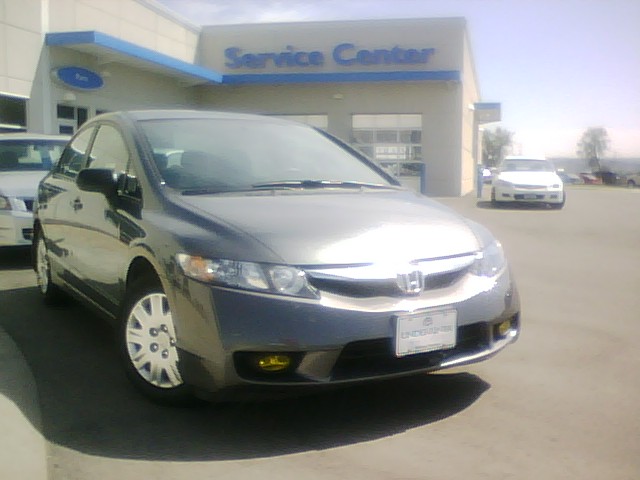 A few posts ago I promised more about the RR and less about me. Forget that for a bit.

After a very busy period at the RR I qualified for Federal Rest. It was good fortune for it to occur during the World Series. I'm not a rabid fan but I do still enjoy baseball. I was too small to be effective but I did have good fundamentals and was quick enough to steal bases. I hate what has happened to the proffesional game with the money and steroids.

There was a time when the game had more honor. Mickey Mantle would have played for free. He often said so. Each year during the playoffs and the Series I get reflective at what a perfect time that I was a kid. Baseball was good, but the world was not always.

Mickeys career was over in 1969, the year I was a Senior. Martin Luther King was shot on my birthday in 1968. We were embittered as a country by the Viet Nam war. We did learn that peaceful demonstration could change the world.

I was nine years old when Mickey Mantle and Roger Maris had their run at Babe Ruth's homerun record in 1961.

Bob Turley was a pitcher for the Yankees and won the Cy Young in 1958. He was a great friend of Yogi Berra. We have no Idea how he is related to us, but it was alot of fun that he was on the same team anyway. Greed ruined my affinity for the Yankees.


My Stepmother was big on nicknames and called my Mickey one time in 1961. I liked it so much I quit answering to anything else. My family still calls me Mick or Mickey on occasion. Even a couple of co-workers do too. They know I am a fan. I still prefer Michael or Mick to Mike.

Side note: As I wrote this post. I was watching a movie "Something God Made" about Vivien Thomas... I thought to include this link as it made another impact on me. I remember White Only Signs even though I was unaware of the treatment of folks in the south. The photo at the top was taken in New Orleans about 1963.
Posted by MTengr at 11:31 No comments:

It is no easy feat to achive federal rest but I've just done it. So a few days off. Here is some of the stupid parts of the Federal Rest regulations. Excuse the RR jargon. Just a few points:

1. Our clock can be reset at the AWAY from home terminal.
2. Longer trip duration makes it harder to work 2 days in a row because there are only so many hours in a day. Example a couple of months ago I worked 16 hours and could not possibly get rested in time to work the next day, so it was a "day off" This actually happens without the 16 hour tour... that is just an extreme example.
3. Justice Scalia.. who coined the term Limbo Time... I dare him to follow me for 3 months... it would kill the old geezer. Finally they have started counting the Limbo time like it was intended.

On a lighter note...

Photo above from a railfan from Ohio that I met as we were changing crews at Reedpoint
Posted by MTengr at 09:10 No comments:


Railroaders have a tradition of bitching. Now and then I fall into the trap.

I have edited / deleted this paragraph!

I don't do blame or grudges and I'm hard to hurt with 196 days left, 6 weeks of vacation looming and a new car on order.

We had such a bad meet at Lombard, (and no, that wasn't the issue I had)
I had time to take some legal photos.. I stole the idea from an actual photographer / author Martin Burwash

Today I'll ride the ST over to Laurel for the last RR rules exam ever. Maybe I'll be the giver instead of the givee huh John?
Posted by MTengr at 11:56 No comments:

Stack Train... remains to be see if this thing has any priority.

I've got a picture somewhere of the blade train

It'll be another all nighter but a 55 mph train helps if traffic is light
Posted by MTengr at 15:41 No comments: