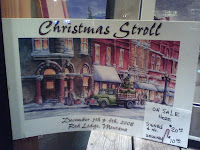 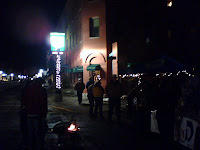 Where is my bailout?

Seems like everyone is asking the question... where's my bailout? The elitist CEO types expect it... they actually think they are entitled to make millions while their workers make a fraction of their salaries. They think they are entitled to fly around on the private jets and throw 1/2 million dollar parties while the workers wonder if they are going to have a job next week. Citi Bank gets a huge bailout then the legislators turn around and refuse to pass a bill prohibiting them from gouging customers with high late fees and loan shark style interest rates.... the very next day... Smith takes a Golden Parachute that was nearly the exact amount of the UAW wage concession.... that's ballsy! Elitist bastards. The CEO types actually don't see that they are killing the golden goose. The very people that payed the taxes to bail them out. Shamefull. And the government lets 'em get away with it... shameful.... God isn't gonna let 'em buy their way into Heaven... remember you can't take it with you.

See my related blog about Public Transportation, Airfares vs. Train fares
Posted by MTengr at 02:11 No comments: