America is Still Out There


It has been said or quoted "If a two year old hands a play phone to a Big old tough lookin' Biker, he'd better by God answer it."

A variation on this theme is, "When an eight year old gives you a rock, it might be a silly thing, but it's a big thing to them."


As I went over to Saint Maries again, this time for the Jet boat Races, it reminded my of another America is Still Out There Story.

I really enjoy the P1 highway in Idaho. It runs from Kennewick south to Orofino Idaho. I rode it again on the way home.  I kept a lookout for these two old guys. Notice the harmonica in the cup holder... It's a Hohner Marine Band Key of "C" Now don't ask me why, but a couple of years ago I stopped to have a chat.  The old boy is ex Navy, I wish I could remember the ship... South Seas anyway. I ask him about the harmonica after a bit.  Now he picks out a tune kinda like I do... not that good but we enjoy it.  His Harp is a "C" which I think is a mistake as I always carry a "G" harp.  It's much lower and pleasant soundbut precluded us from playing together, at least at our ability.

We talk some more and I notice that among the stuff they have to sell are some Rocks that have been cut in two.  I ask them, "Do they have a Rock Saw." They do.

Now I'll tell of a little girl who I have become close to. She is the Daughter of one of my Student Engineer's"  Now, she is your average little girl. Enthusiastic, energetic, smart. pretty all of that.  But most of all she took a shine to me.  She is almost exactly my Grandaughters age but so I am reminded.

I went camping "Up the Joe" with Alison and her family a couple of years ago. This is along the Milwaukee Road. Alison , of course, spent much of the day in "The Joe" as it was quite warm outside.  She would bring me Rocks. When an 8 year old brings gives you a rock, act like it's a treasure, huh? A few of them were interesting and one in particular was unusual in that it did not seem to weigh enough.  My FATHER was a Geologist and even though I tried not to listen a fair amount of Geology crept through. 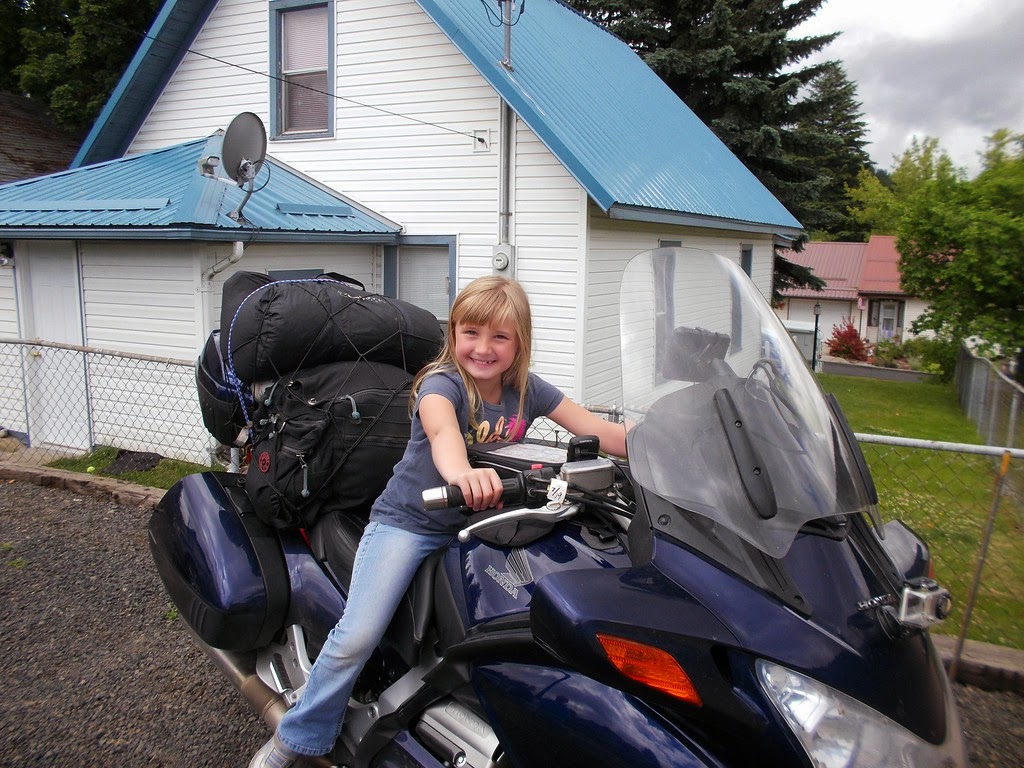 On the way home I rode the P1 again. And that is where I met the two old guys above. I had them cut the rocks in half intending to pick them up. On the way to Sooke and WeSTOC last year I picked them up in the shack. 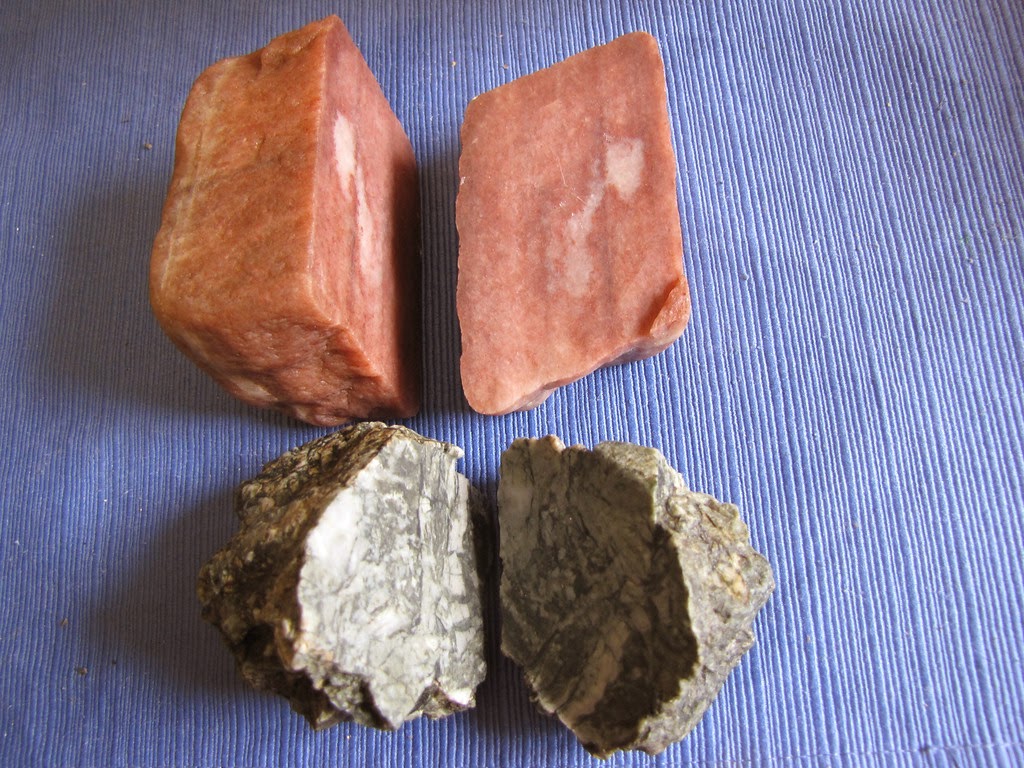 This trip, the 3rd trip, the shack, the road side stand and the two old guys were gone. 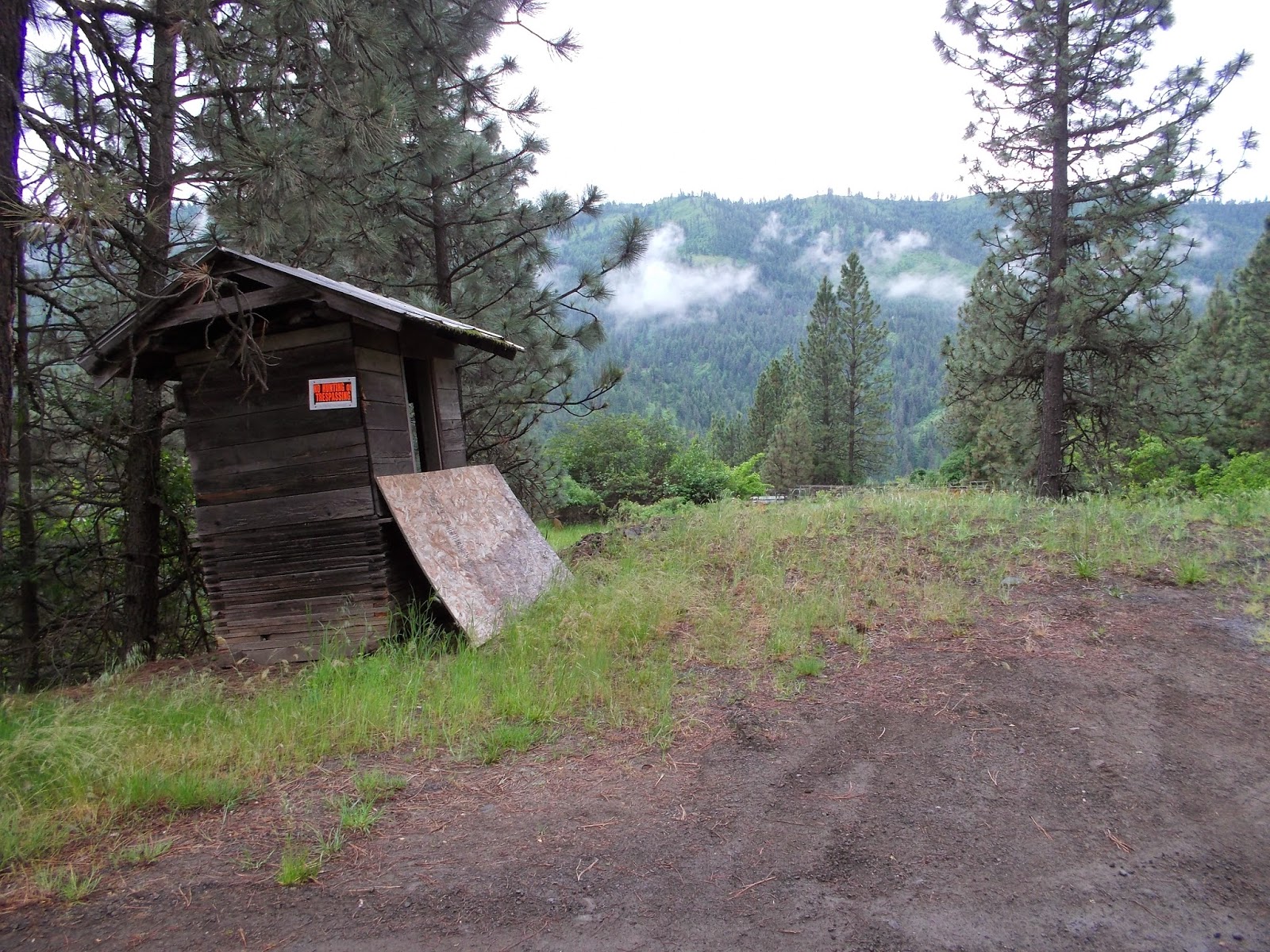